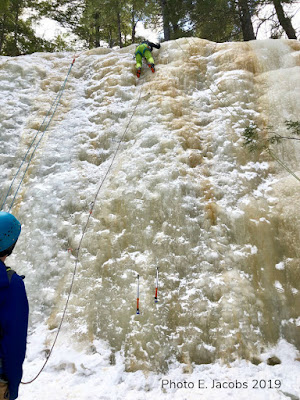 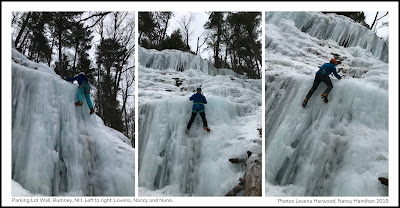 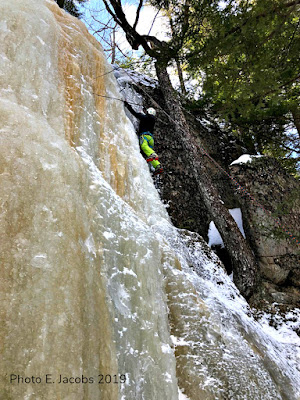 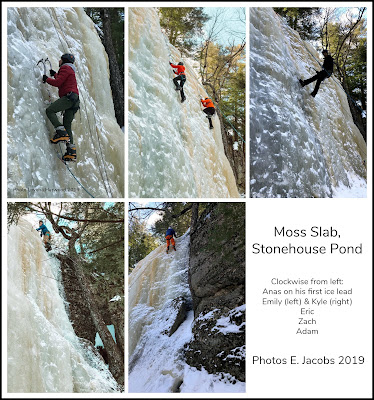 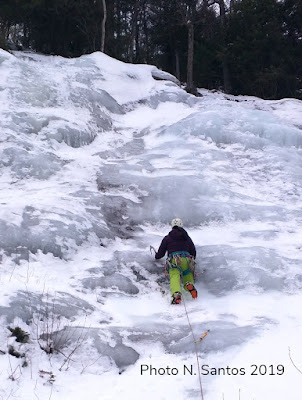 Hello 2019!
My first ice climbing outing of the season/year - and it did not disappoint! Mellow day of ice climbing at Frankenstein Cliffs in Crawford Notch, NH. Nuno and I took a late start and climbed the Trestle Slab (WI3). I lead up to the tree at the top of the middle of the slab where there are a couple of cordelettes with rap rings, then brought Nuno up. It was very warm especially with one too many layers on. We had the slab all to ourselves and it was a super chill day of climbing! And thanks Nuno for your help and support for my "Turning 60 and Climbing About It" project! 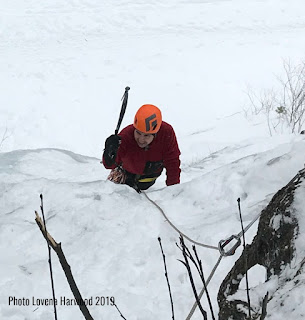 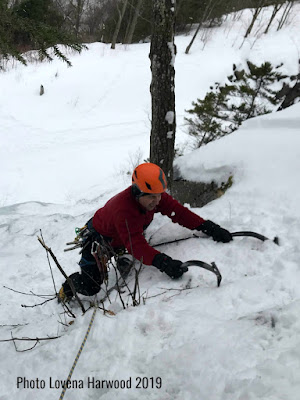 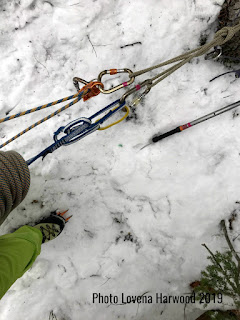 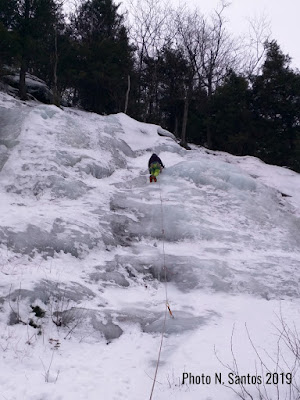 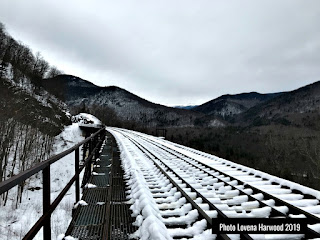