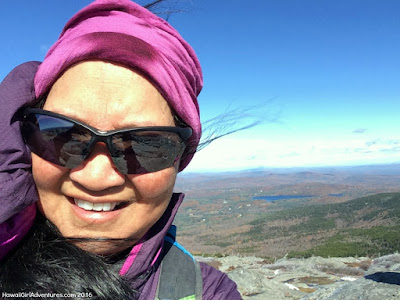 Took a short drive west to hike up Monadnock and it was so refreshing! Originally I wanted to head north but with some overnight snow fall and ice, I didn't feel like driving in the stuff. So Monadnock was a good call for me. At the Poole Road entrance, park rangers said that there were 50 mph winds with reports of ice and snow at the summit. Felt good to get back out and hike the last of Autumn season.....winter will be here soon! 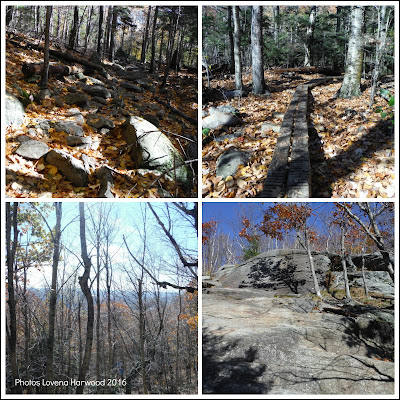 Snow along the trail 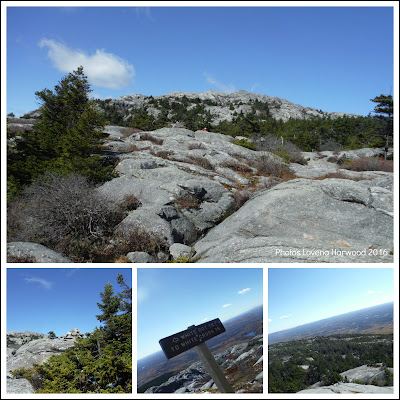 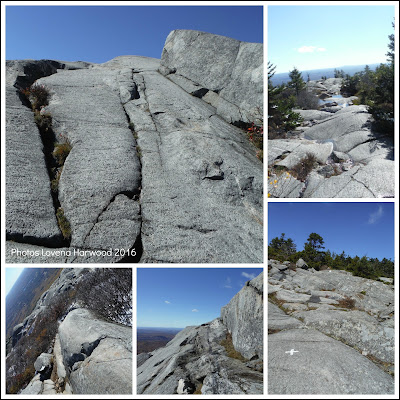 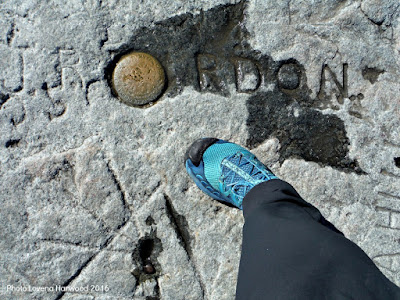 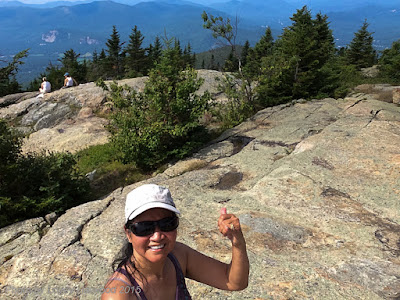 Shaka from the summit of Kearsarge North!

I checked the weather report and today was the best out of the weekend for hiking. But I totally didn’t check the humidity levels! :( Having EIA (exercise-induced asthma) I really should pay close attention to the air quality index. But I was all gung-ho to get out and hike something short and easy (or so I thought) after last Saturday’s epic hike to the summit of Mt.Katahdin.

It started off easy enough but after about 35 minutes into the hike, I realized that it was more humid than I was thought it would be. I stopped to get a quick drink and thought about turning back….maybe head over to Mt. Stanton for shorter hike? But I was already here and figured so long as I kept pace, kept *nasal breathing and kept hydrated, I should be fine. On the other hand, if the humidity worsened, then I’d definitely turn back.

*I started "nasal-breathing-only" during exercise while on my Colorado trip and it does help. For starters it helps me relax and when I'm relaxed, I can keep a better breathing pace. I also find that I don't feel like I'm gasping for air or hyperventilating when nasal breathing. 1995 Study.

A couple came up behind me and we chatted for a bit. Found out we both have asthma but he forgot to bring his inhaler. I prodded along at my pace and the both of them would run past me, then stop and sit so he could catch his breath. I would walk past them as they sat resting and then they’d catch up and run past me again…then stop and sit so he could catch his breath. I passed them once more and quickened my pace and breathing as fast as I could comfortably endure. I wanted to get higher as fast as I could for cooler air. I finally made the summit in just under 2 hours and it was so much easier to breath! There were 3 other people there and tons of dragonflies! The air was still, not even a tiny breeze. But thanks to all those dragonflies, not one mosquito! Another hiker checked the temps for me…..80 degrees at the summit, it was 95 at the parking lot. I quickly took some photos, signed the log book and ate my lunch and chocolate zucchini bread. Only spent 30 minutes at the summit.

There were more folks coming up, but that couple never showed. After asking around, a couple of guys said they saw the couple headed back down to the trailhead. I hope he’s alright. Overheard the other 6 hikers that had come up behind me - it took them to 2 hours to ascend due to the humidity as well.

I’m calling this “easy to moderately strenuous” because I had a tough time breathing in this humidity.

Enjoy some photos I took on my hike!

My favorite parts of trails are slabs of granite!

More photos along the trail 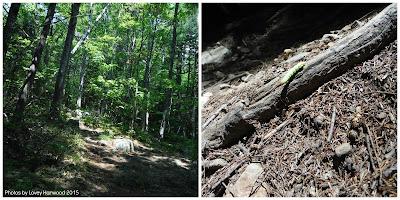 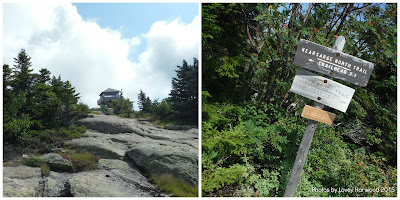 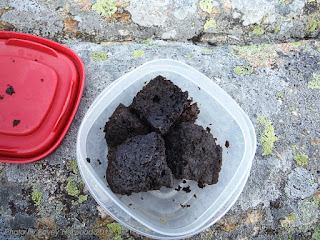 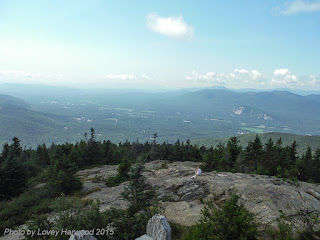 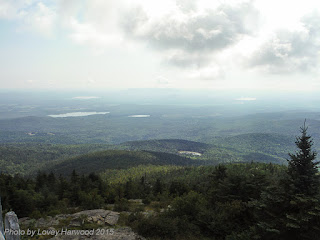 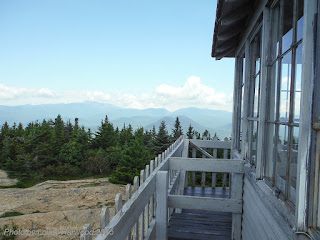 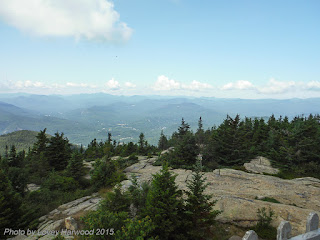 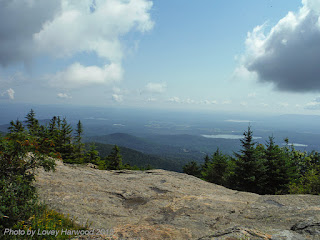 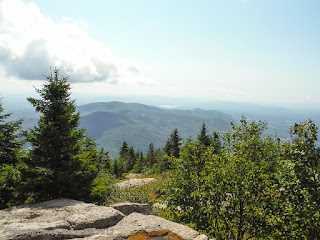 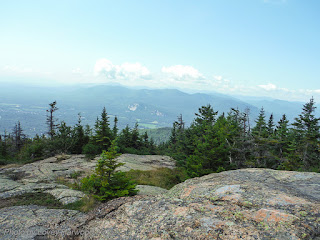 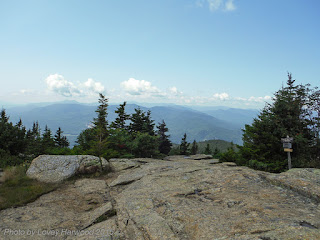 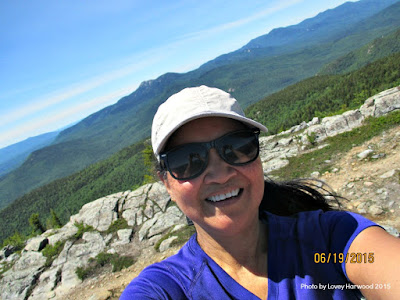 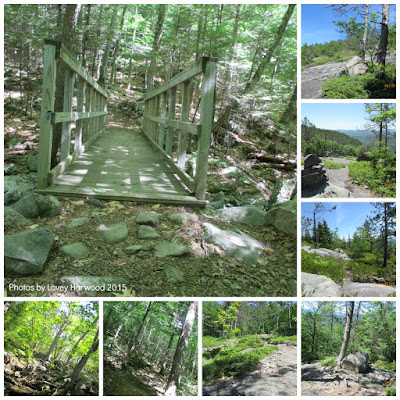 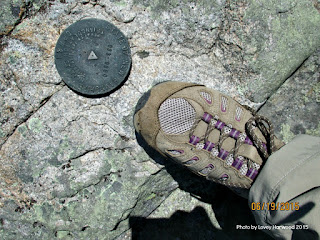 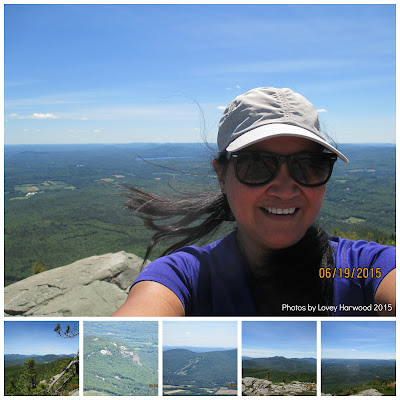 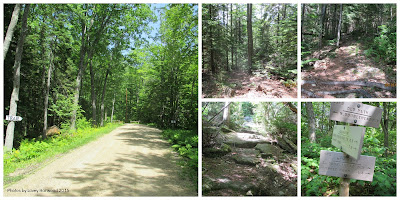 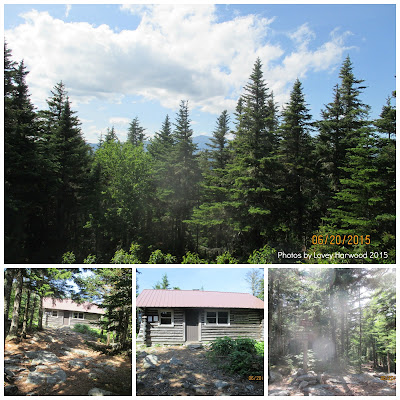 A good day for solo hike, and on Easter day no less. I had the trail as well as the summit to myself. The parking lot temps were warm and there was no sign of snow or ice. But there was still snow and ice along some parts of the trail. Since I only microspikes on, I had to carefully navigate those steep, icy parts of the trail. I sure wished I had my mountaineering crampons and an axe! Here are some of my photos of my solo hike.

It was good to get out and do some winter hiking. I’ve been spending a lot of time bouldering and rock climbing and will soon be ice climbing. So hiking a moderate mountain was just what I needed. I had no problems finding the trailhead. The Mead Camp parking lot was plowed and there was only one other truck in the lot. I spent a few minutes checking out the trailhead path. I had brought my snowshoes but after looking at how pretty packed down the trail was, I decided to just wear my Hillsound Trail Crampons. I brought 2 liters of hot water to drink, along with the usual snacks, my 3lb DSLR, my survival and first aid kits, emergency Bivy, emergency blanket, stove and extra clothes. Yes, my backpack is heavy, and that’s not usual for a solo winter hike. However, at the end of the hike my lower back was a bit achy. Other than a couple with their dark chocolate Lab named Katahdin, I didn’t meet any other hikers today.

Photos along the Wentworth Trail

According to the AMC White Mountain Guidebook, “about 100 yards northeast from the summit to ledges there are more views to the north and east.” But I didn’t bother going further. I spent 25 minutes at the summit and most of that time was spent trying to Facebook “check-in.” I made 3 attempts but couldn’t get a network connection. So I just ate my protein bar, drank some more water and took photos with my DSLR. As usual, at the summit I took a moment of silence and still and admired the views!

Photos from the Mount Israel summit