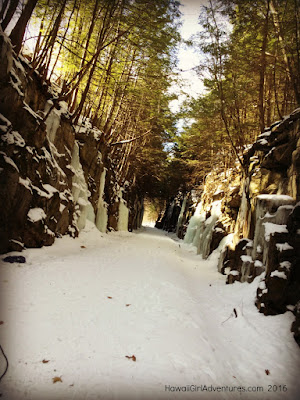 So here we go again....another single digit day, but the addiction is strong and I couldn’t resist, yet again! Was supposed to be climbing the Auburn Ice Canyon but that got cancelled because the floor wasn't hard enough and there was only one flow up compared to the 4 we climbed on two weeks ago. So Kevin and I drove up to Keene, meeting Jeff on the way. Nuno and his son David was in the parking lot when we pulled in. Later George Adams came by and climbed with us. The low temps were really tough on my asthma and breathing. It went from 13 to 7 degrees in 3 hours. Plus, The Cut is like a wind tunnel and as the temps dropped, it got harder for me to climb. At the end of our day I felt exhausted, like I had felt when I hiked to Lion's Head the weekend before. But my exhaustion was due to the low temps. I did get in 4 climbs but could only finish the first two, my hands were so cold. Just a few photos of our day at “The RR Cut”.

Jeff checking out the climbs
Climbs are in, but it's gonna be brutal! 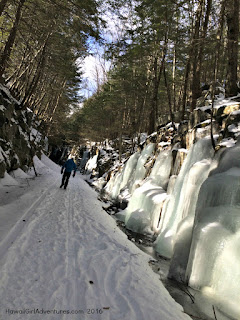 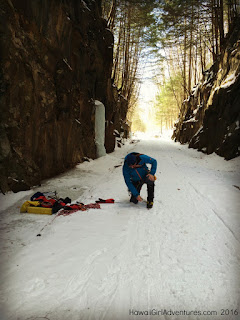 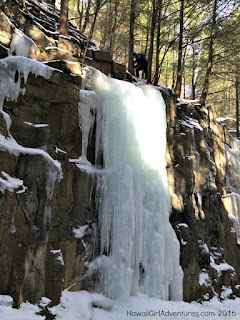 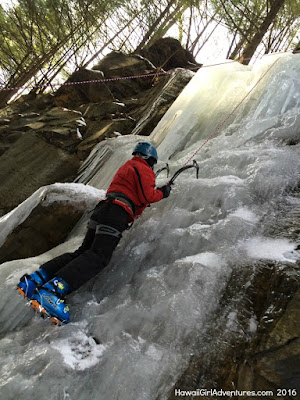 Nuno with David on is belay 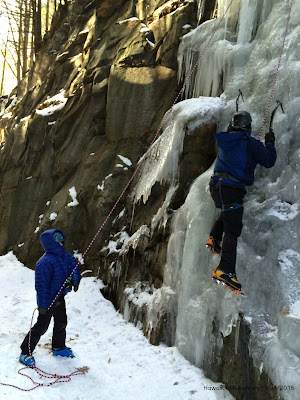 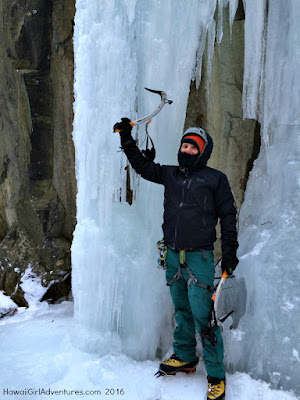 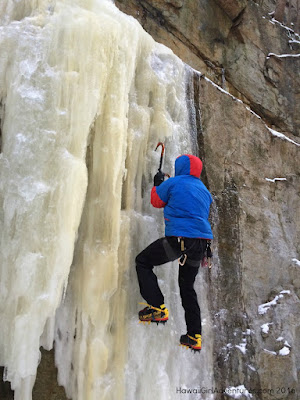 Jeff did a fine job on this flow but near the top, lost his right crampon 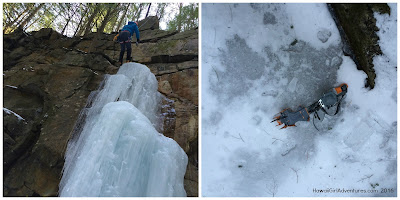 Kevin and I selfie....it's too cold to smile! 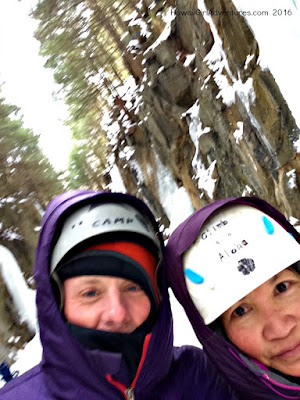 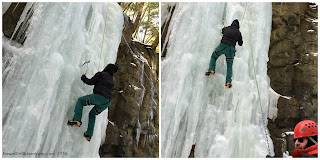