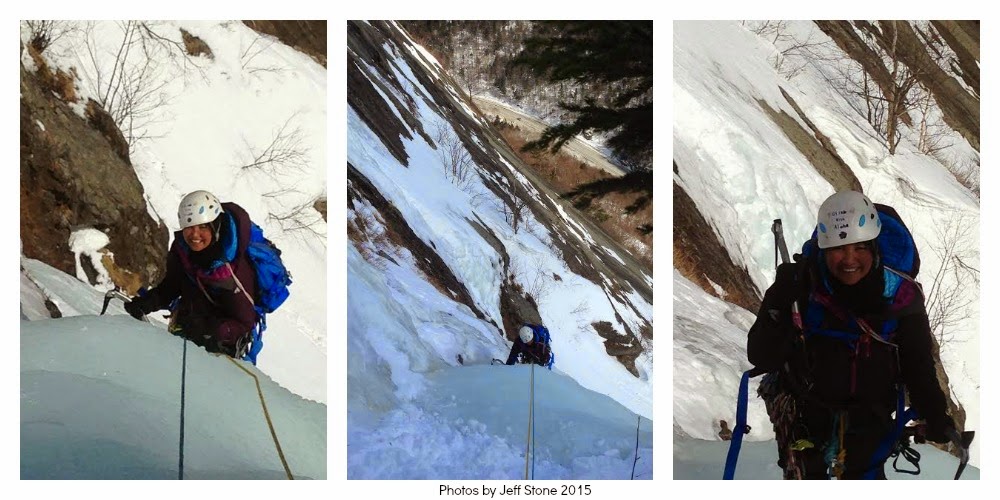 I love when Jeff S. takes me ice climbing with him - I get to do some freaking fun climbing on a little alpine playground! Mount Willard is home to some awesome ice and alpine routes. Today I had the opportunity to climb two more of those routes and then finish off on The Cleft.

Cinema Gully(WI2)
It was cool to see a bolt at the belay station of the 1st pitch. Jeff asked if I wanted to set a belay station there or walk up a bit to a thin sheet of ice. Since it would mean one-and-a-half roped pitches, I choose the latter and Jeff and I walked up to the next belay station where the ice was full of screw holes. It was a gorgeous day…see the sun and blue skies in our photos! :)  After topping off we ascended a bit more to sit and eat our lunches and then traversed over towards the Upper Hitchcock route.

Looking up at Cinema Gully from the train tracks 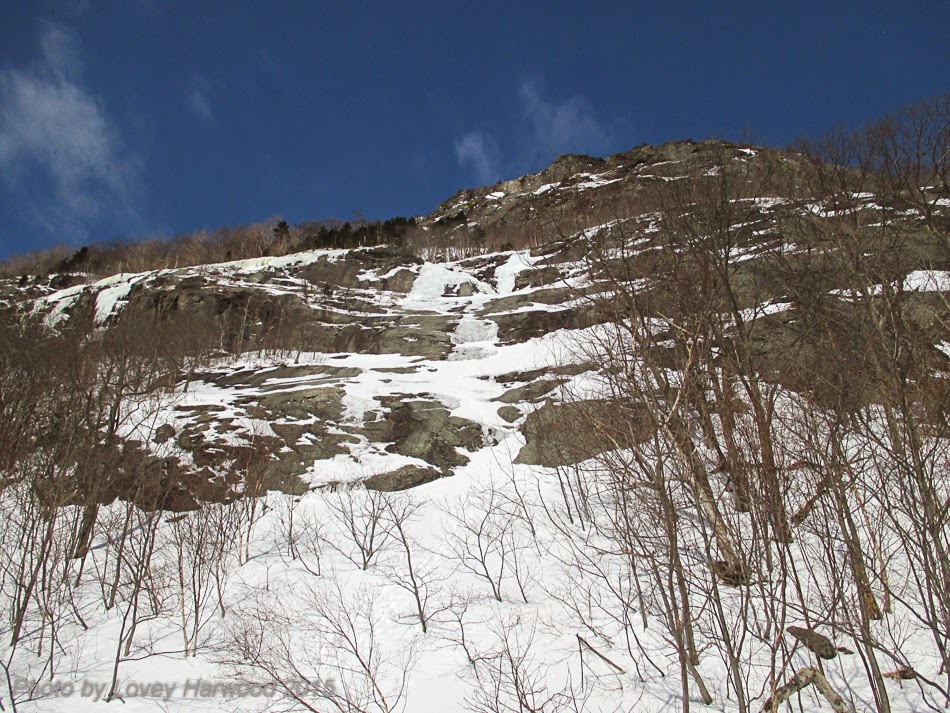 Jeff and I at the 2nd belay station 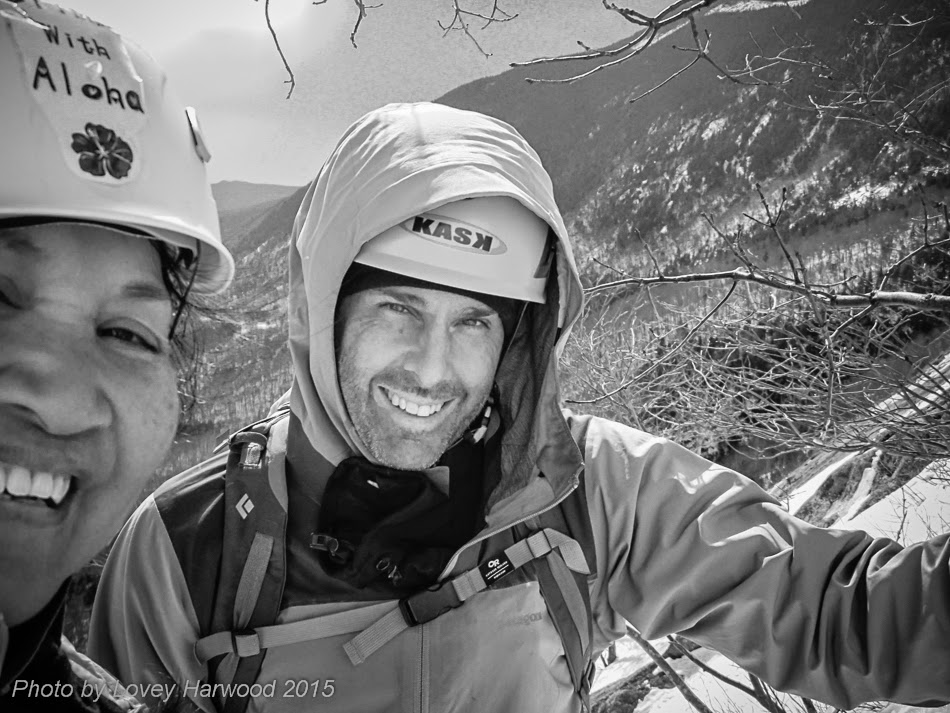 Looking up at our last pitch 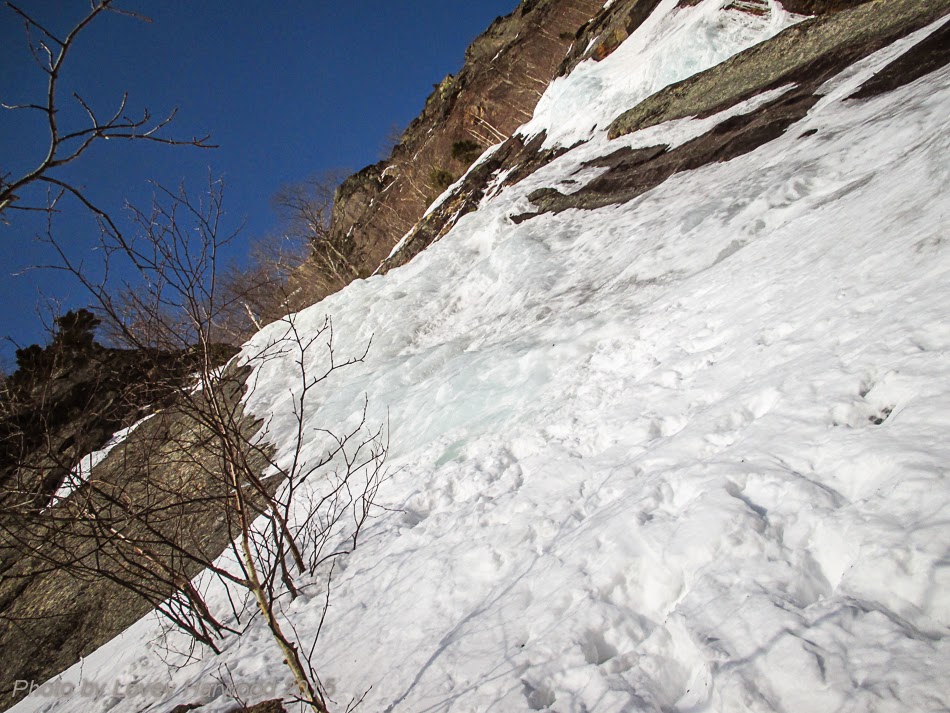 East Face Slabs Left (WI3)
Our intention was to climb Upper Hitchcock but there were folks already on it. So we climbed the East Face Slabs Left. I thought I was being a good second, all hero and all. I spotted Jeff’s backpack at the base of a tree and thinking we were walking off once at the top, I had the genius idea to haul it up. But when I got to Jeff at the “rap station”, I found out that we were rapping down. I wasn’t paying attention when he mentioned that we were rapping down.

The base of the East Face Slabs Left 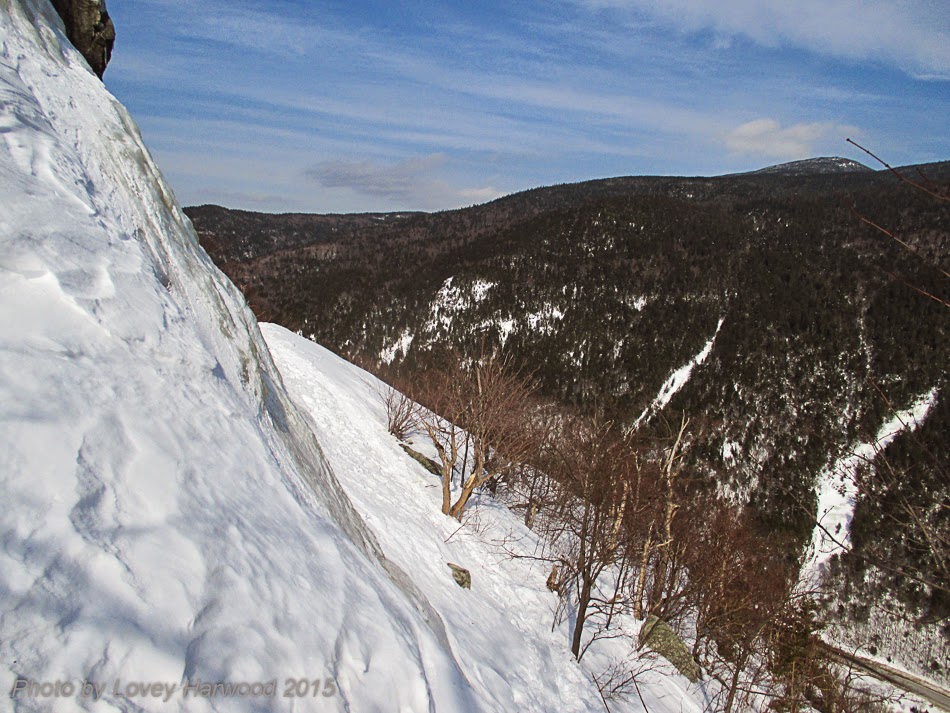 Jeff at the rap station of East Face Slabs Left 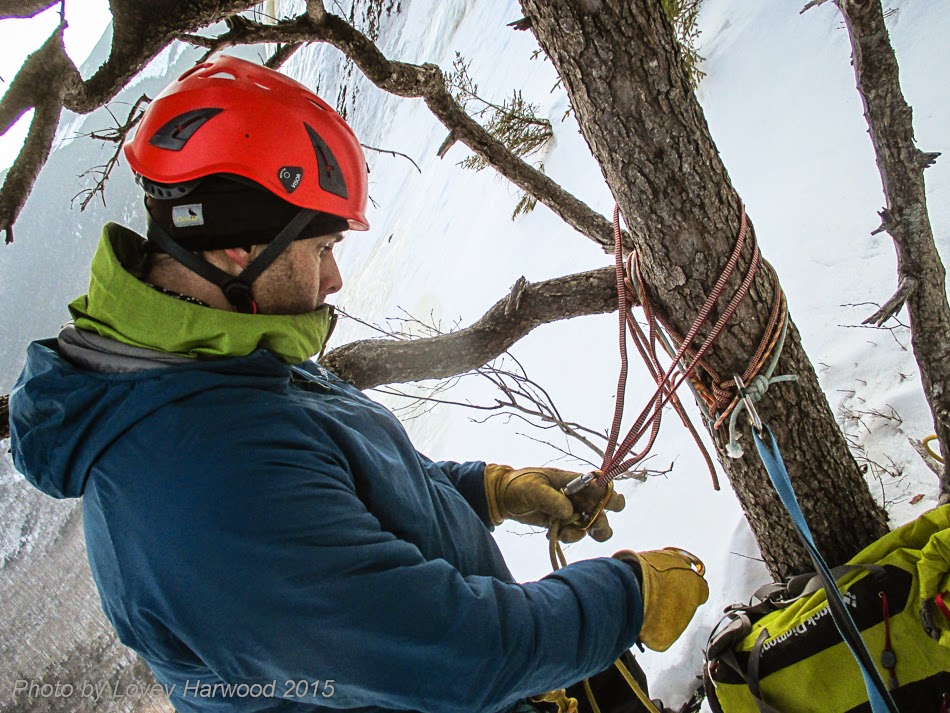 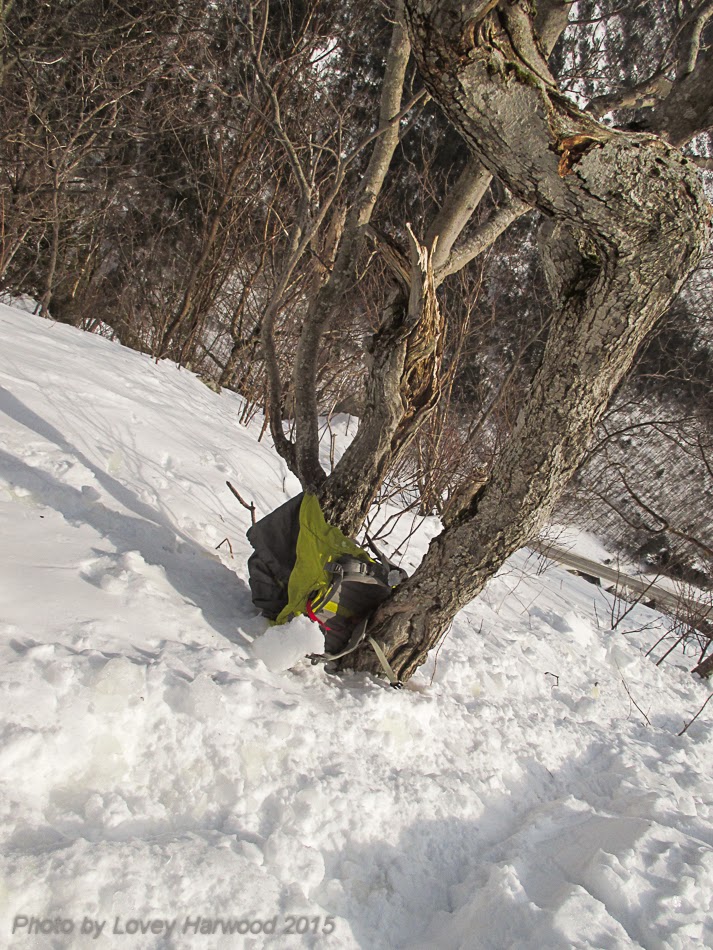 It wasn’t easy hauling that backpack up. I hitched one end of a sling to it and the other end to my belay loop on my harness. It was a lot harder than I thought it would be. On the vertical areas of the route that backpack became “really heavy.” It was a good workout pushing up on my feet to get up the vertical sections with that backpack dangling below me! And yes, I also had my own backpack with me! **Thinking back on it, I should've just shoved Jeff's backpack into mine. LOL!

The Cleft (WI2+)
Afterwards we traversed to The Cleft which Jeff led in one pitch. The Cleft is a geological gem-of-a-feature. There was more ice and snow in this slot since the last time Jeff and I had climbed it making for an easier ascent. We topped off, packed our gear away and headed to the Mt. Willard Trail. The last 10 minutes of our hike out was done at dusk. 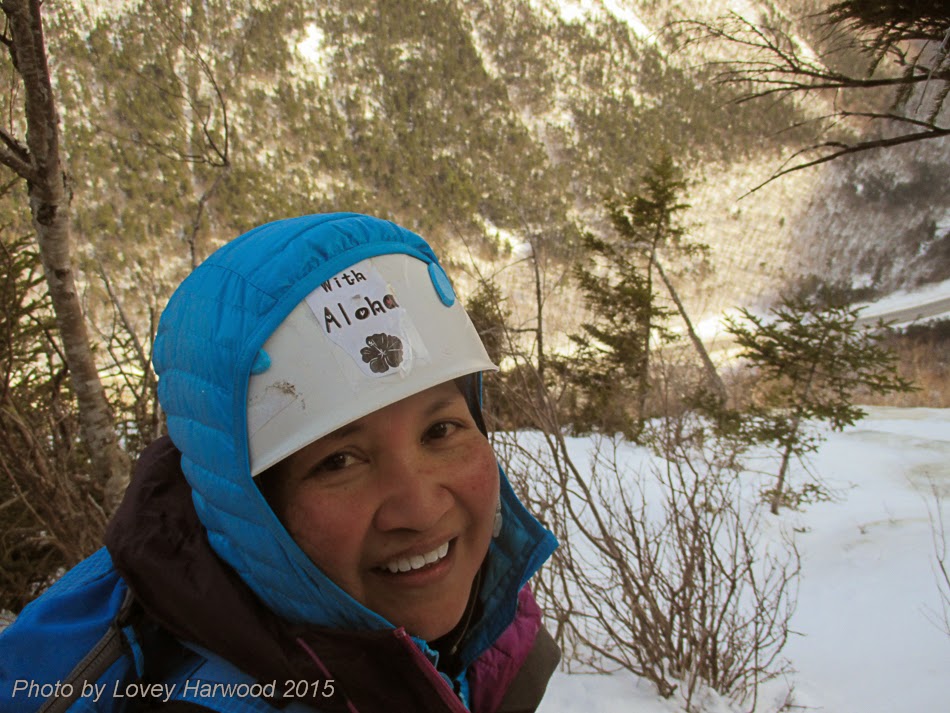 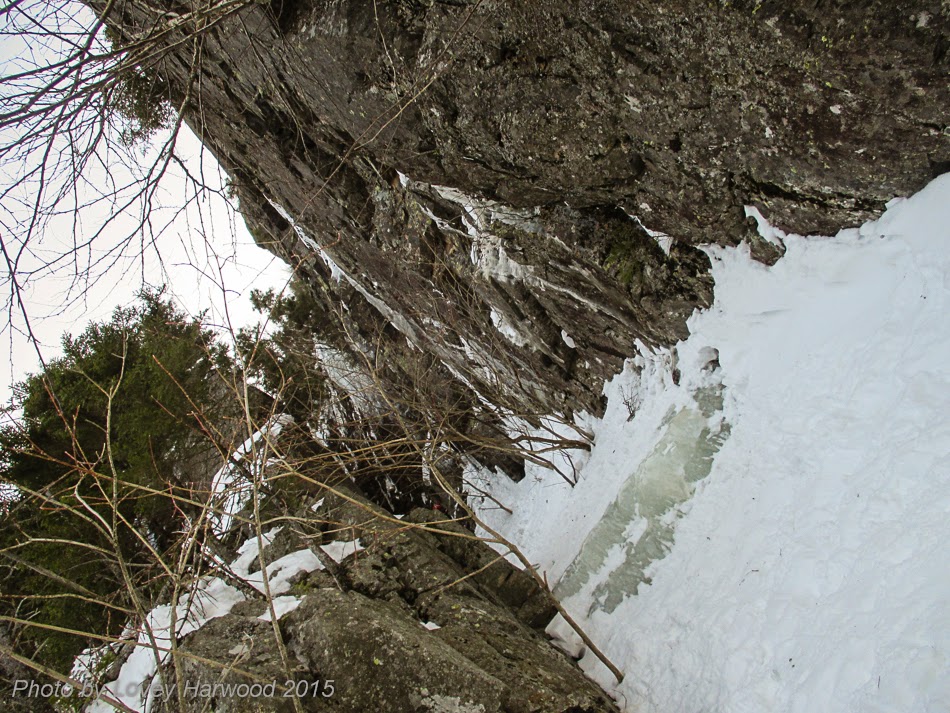 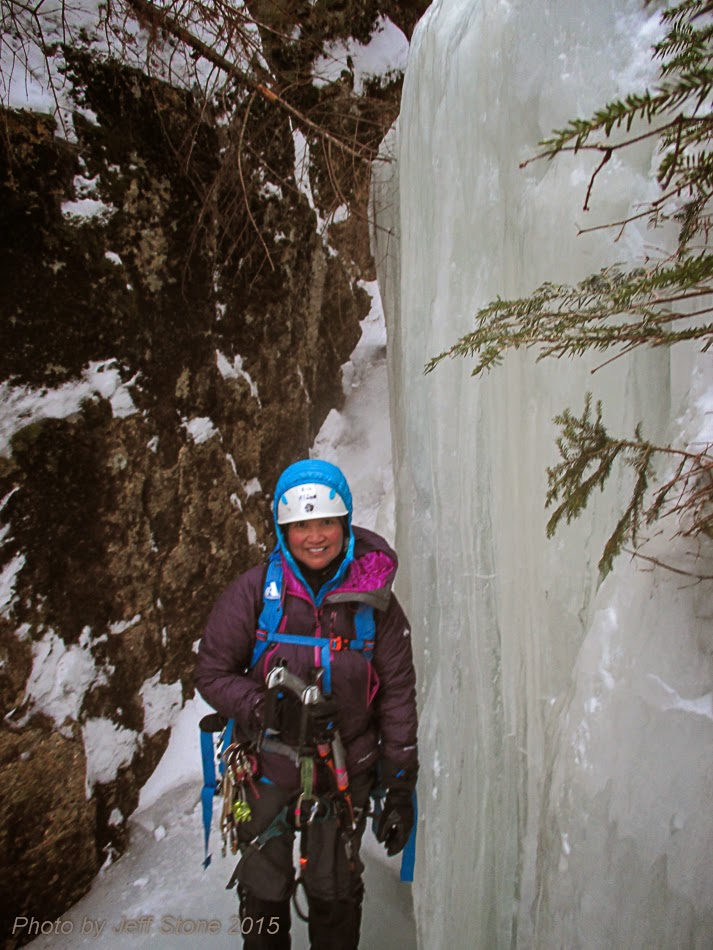 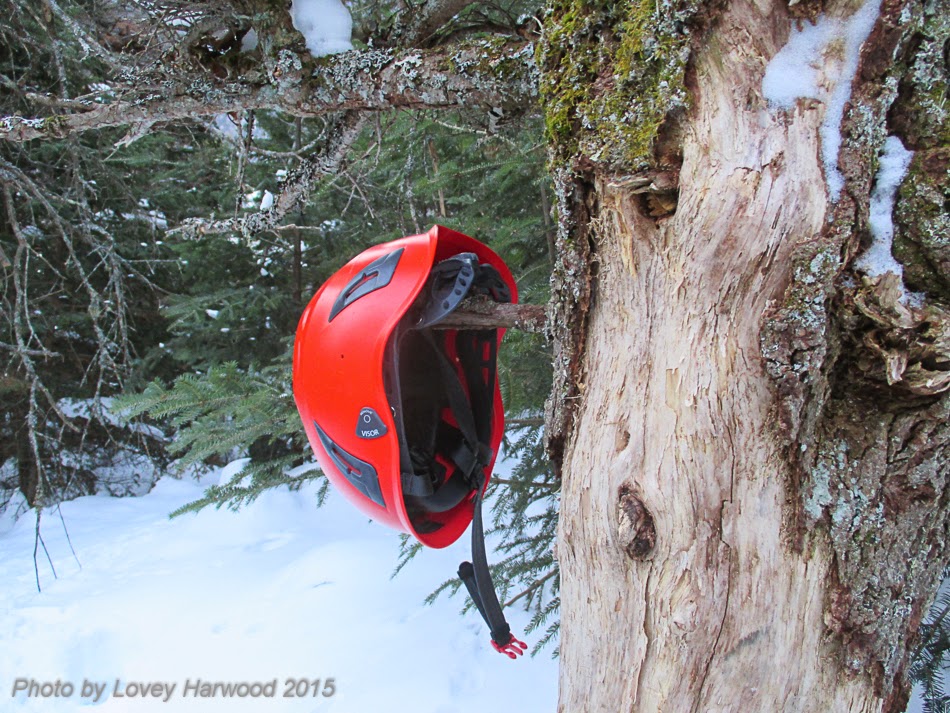 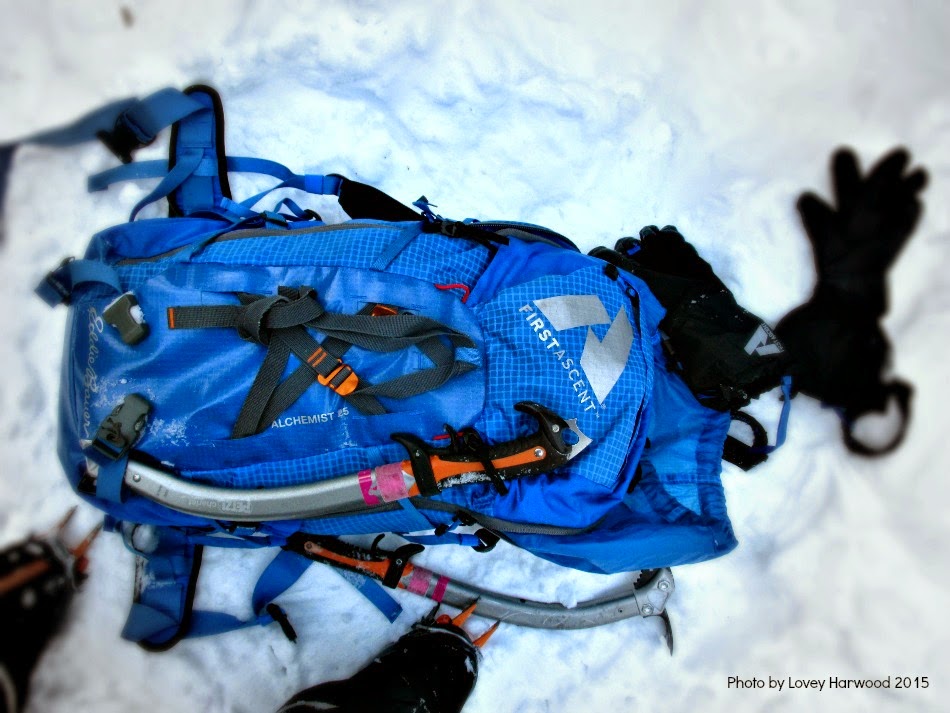 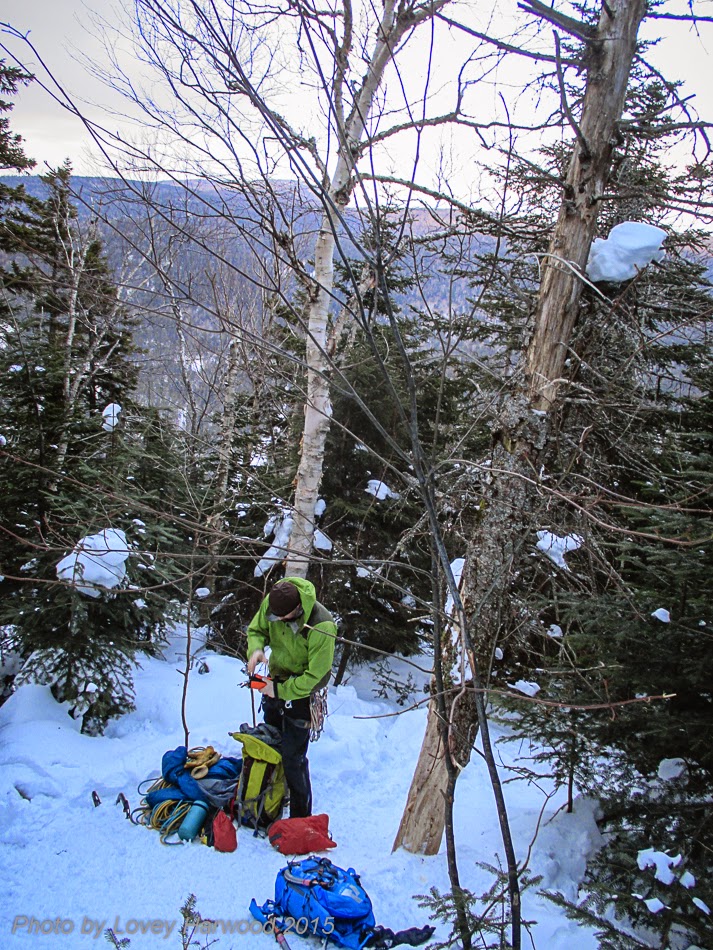 Definitely a mellow day of ice climbing Mount Willard! We got 5 pitches and a little over 900 feet of climbing in, hooyah!!
at March 08, 2015