Showing posts with the label spraying beta
Show all 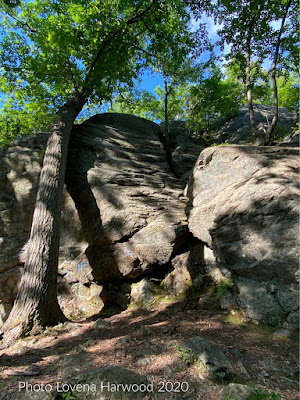 The left side of Crag 1 Met up with Nuno and we spent the morning climbing at two different crags in the Middlesex Fells. We started at the left side of Crag 1 Pinnacle Rock, and then onto Crag 3. As with our last climb together, in the parking lot, we didn't do any hugs, high-5's, or handshakes, but we never did anyway. We hiked to Crag 1 (Pinnacle Rock) maintaining social distancing and there was no one else on the trail. We were the first two climbers there, but soon after two women showed up. Later, two more guys showed up, and they set up a top rope to the right of us on Fern. Despite being new to outdoor climbing, they were doing great on their own. But one of the women in the other group started spraying beta, poor guys! Even as Nuno and I headed out to Crag 3, she continued loudly spraying her beta - she actually got louder as we walked away. I guess she wanted to make sure Nuno and I knew that she knew what she was talking about. So rude to put others (especiall
Read more
More posts