My Decade of Climbing 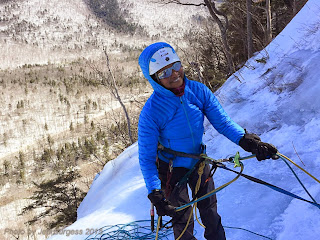 The Good, The Bad, The Ugly

I wanted to post this last year, but I held off until now with everything going on with Covid. May 2020 marked 10 years of climbing for me. It's not a very long time, but long enough to have some experiences I'd like to share.

The Good - It started as a bucket list. I had only heard of rock climbing after receiving mail from my local YMCA advertising climbing classes. Not knowing what to expect, I signed up for 6 private 1-hour lessons for $99. That was May 2010 and by August, my instructor had brought me to Rumney Rocks in NH where I lead some easy sport routes on the Venus Wall. After my 6-private lessons, my instructor suggested I look into joining some climbing meetup groups and try out MetroRock in Newburyport. I joined 3 climbing meetup groups, two of which were run by women. It was such a good experience climbing in the two meetup groups run by women, I have met some amazing people and have experienced so many fun and challenging climbing sessions I will never forget. But unfortunately, these two women's meetup groups closed down and it was too bad because they were ahead of their time! And after almost 8 years, I left the third climbing meetup group.

The Bad - The third meetup group was run by a guy and most of its members were men. Eventually, I came to realize that if I stayed in this meetup group, there was a good chance I wouldn't gain any leading experience like some of the other men in the group were afforded - especially after the organizer told me that I was only good enough for organizing indoor meetups. I even tried setting up climbing with him several times so I could demonstrate that I could be a safe partner, but I was always turned down. I didn't want to waste any more of my time waiting for the organizer to decide for me when I was going to lead outdoors, so I moved on and found other folks/groups to climb with. Once I moved on, I was able to lead and have been so much happier!

The Ugly - When there is drama from an insecure spouse/significant other/partner of a climbing partner, then it's splitsville for me. I never dreamed this would happen to me and was totally caught off-guard. I had never done any alpine-type ice climbing and TJ was willing to bring me up as his second. I was pretty stoked about getting out on routes I had never climbed. But apparently, his girlfriend wasn't too happy about it. My being happily married didn't matter either, it didn't prevent jealousy from his insecure girlfriend. Since insecurity can't be fixed by anyone else except for the person who is feeling it, I stopped climbing with TJ. I didn't want to have to deal with his girlfriend's drama and I wanted her creepy emails to stop. And it wasn't my job to make his girlfriend feel secure. My guess is that she probably didn't have any problems with his male climbing friends.

As I said, I haven't been climbing for very long, but over the years I've seen that climbing has evolved. I see more women and people of color out climbing. And because of this, it's been easier for me to find other climbers that I can relate to.

Through the years, I've also learned important qualities when choosing my climbing partners. Most importantly, to be a good climbing partner to my partners - and for me, that means being an attentive belayer, prioritizing safety, and being a reliable partner. I've sifted through people and many experiences to get where I now have climbing partners that I feel safe with, am comfortable with, and whose company I genuinely enjoy.

So there it is! Just a few of my experiences since I started climbing in 2010 that I wanted to share! I can't wait to see what the next 10 will bring!