While in Florida to watch the races at the Daytona International Speedway, my father-in-law and I spent some time visiting the Kennedy Space Center Visitor Complex. If I can recall, the last time I was here was with my father-in-law, husband and our two girls some 25 year ago! A lot has changed so its good to be back to visit to see those changes. 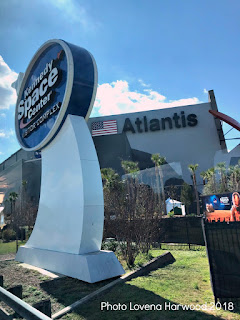 One of those changes is the addition of the Space Shuttle Atlantis exhibit. This was the last exhibit we saw before we had to leave for the track, but it by far, was the most breathtaking exhibit. If you are ever in Florida, make it point to go visit the KSC and especially the Space Shuttle Atlantis exhibit. In the first room of the exhibit we watched a short film about the start of the shuttle era. Then we were guided through a set of doors into another theater. An announcement was made not to go past the blue line (up front) or to touch the screen, and photography and video are not allowed. The short film is projected onto the walls as well as the screen and at the end of the presentation, the screen becomes transparent. At first I could't believe what I was seeing. I did a double-take and was like, "whoa, no way....it really is the Atlantis!" I heard the folks in the room gasp (I know I did!) and then everyone stared in silence and wonder! Then the screen retracted upwards and we were guided into the large exhibit arena that is home to the now retired Atlantis shuttle. It was an amazing and breathtaking experience, I almost cried! 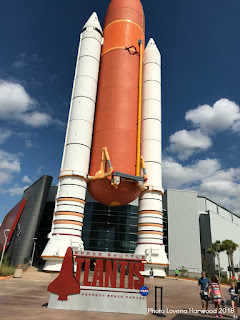 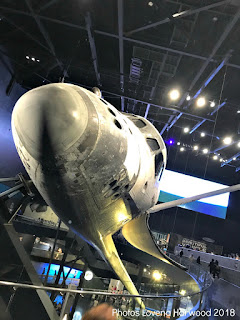 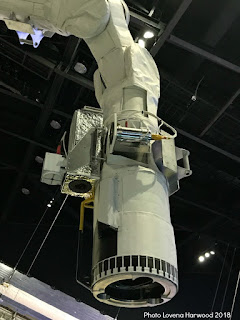 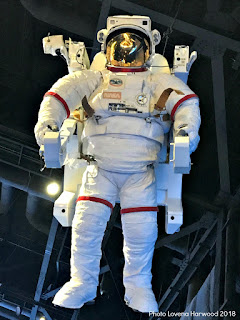 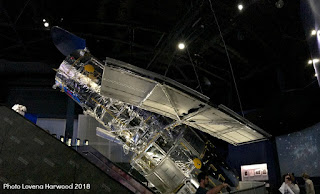 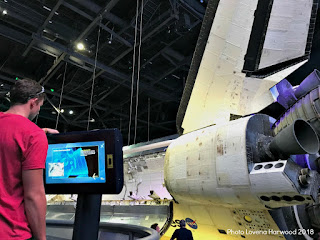 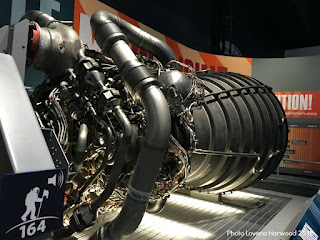 And the Forever Remembered Memorial 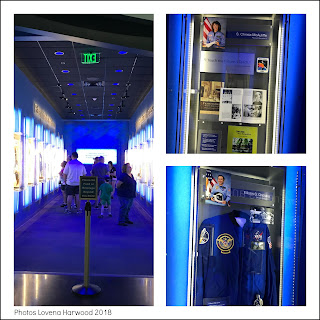 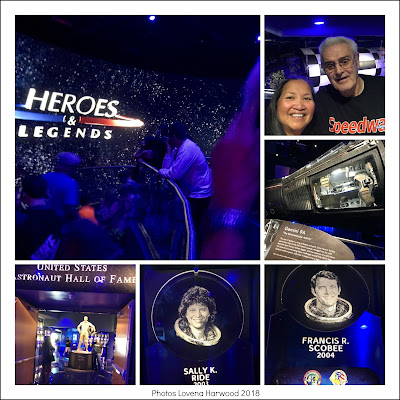 We took the 35 minute bus tour past the Vehicle Assembly Building as well as several launch pads. The buses are very comfortable, air-conditioned, with seats that sit up high and outlets for charging your Smartphones. The tour takes you to the Apollo/Saturn V Center where you can shop, view more exhibits and eat at the Moon Rock Cafe.
The bus driver served as our tour guide and photography was highly encouraged. 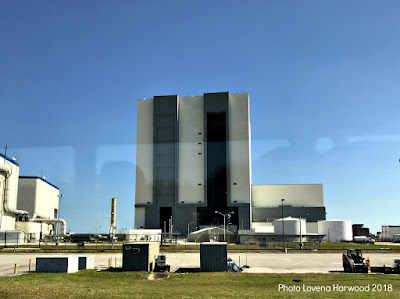 The crawler-transporter carries the space shuttle between
the Vehicle Assembly building and the launch pads along the
Crawlerway (gravel track). Top layer: Tennessee Alabama River rock 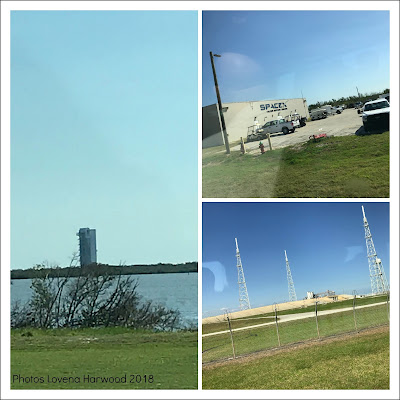 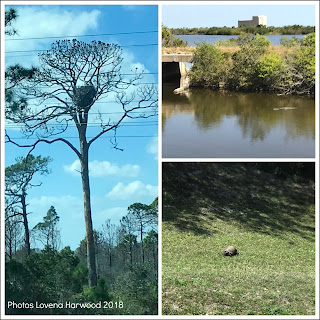