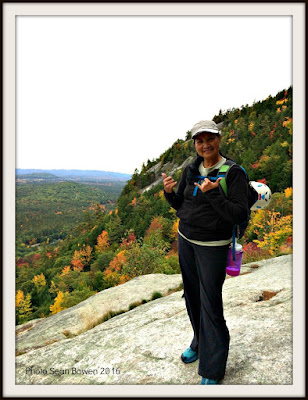 No Rope? Wait. What? I yelled back to Sean that I needed more rope and his reply was clearer. "No Rope!" What I thought was insane rope drag, was in fact, the end of our rope. I had gotten onto a small ledge with a tree stump and had 12 feet more to the anchor at the end of the 6th pitch, The Low Beer Light pitch. Down-climbing was my only option. No worries. I had used the tree stump as a hold to get up to it, so it would have to do as a hold to get down. I girth-hitched a cordelette to the stump, then connected my anchor to it. I lowered myself slowly, unclipped my anchor from the cordelette and downclimbed by stemming the holds I stemmed to come up. 8 feet below this stump I had placed a #1 cam and removed it. 25-30 feet below the stump ledge was a ledge with several trees where I set up my anchor and brought Tom and Sean up.

Sean, Tom and I climbed this route last July, with Sean leading. Like Sean, I had gone past the tree anchor on the short (60') 5th pitch, The Northwest Passage. And that's how I ended up on the "tree stump ledge". Sean said I just had a "lead epic." More like "newbie lead epic" I thought. I told Sean that I had had enough leading for the day and he laughed. We finished out the route with Sean on lead and met several other climbers also topping out before making our way down the hikers trail.

Amazing views at the top - the fall foliage is coming in beautifully! I enjoyed the route overall and hope to get back. Distractions at the belay, (like that couple from Montreal who didn't know the route and wanted to follow us), as well as not knowing where the next belay station was didn't help my confidence level. So I really want to get back to make P5, The Northwest Passage, right. I will never forget this day. Enjoy a few photos!

**Although downclimbing is a good skill to have, it could've been prevented today had I read the beta on pitch 5 before leading it, as well as having a more attentive lead belay.

P1, to the pine tree 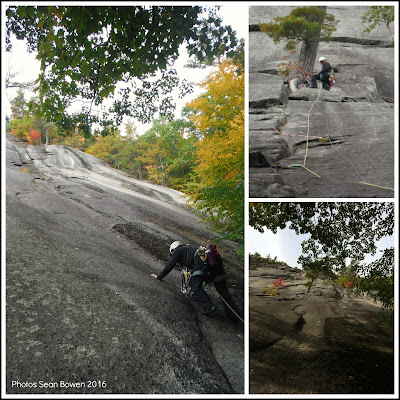 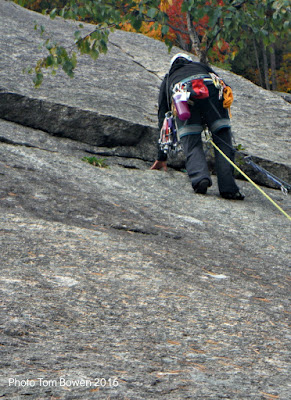 This second pitch wigged me out at first, no lie. It took me a good 5 minutes to get onto the flake. After I got onto the flake and past the little tree in the horizontal crack, I realized that I was making the pitch harder than it really was. The holds got better as I ascended the pitch and I  was able to relax and enjoy the climb. I clipped into the bolts and used the edge of the arete as a hold. I'd definitely lead this pitch again! 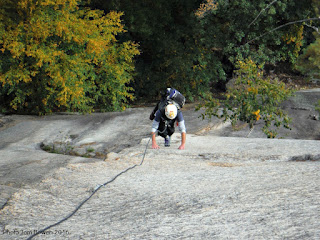 Tom at the P4 start, The Open Book 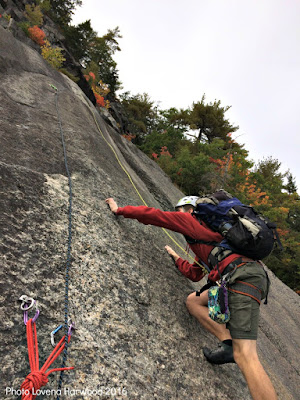 Climber Brian on Sea Of Holes with heli in the background 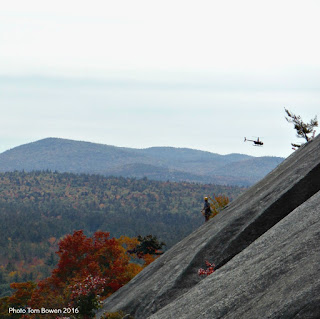 Looking back at the "Sea of Green" on P4 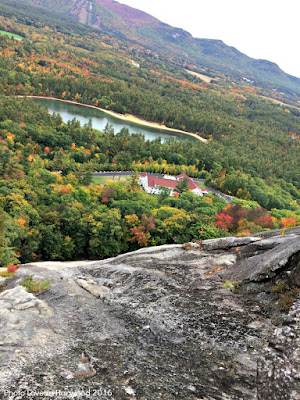 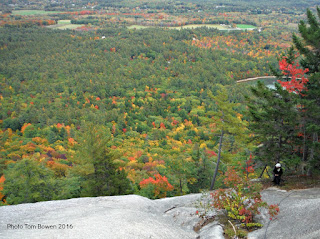 Here's where I ended up setting up anchor after downclimbing. The lead climber (of the Montreal couple) was making his way up as I was downclimbing to this ledge. We laughed as I didn't make the anchor on 60m ropes. And he wasn't sure that his 70m rope would reach the anchor. But it did.


Tom making his way up P7, The Platinum Slab 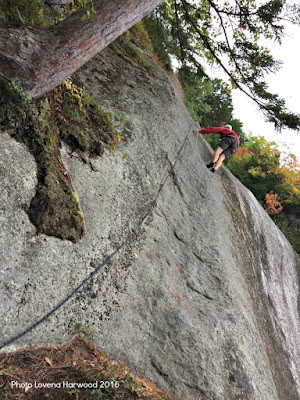 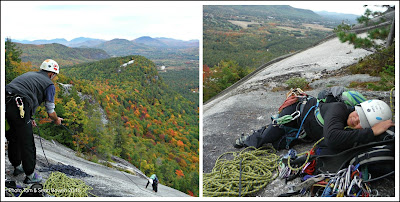 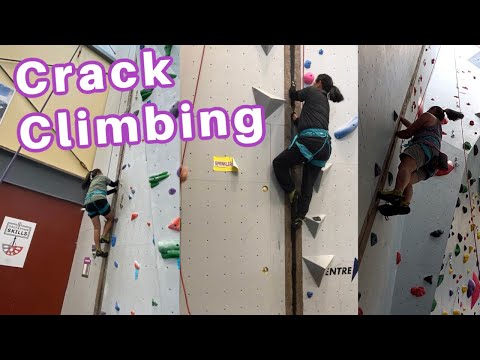