July 17, 2015
Today we pretty much had to ourselves. Jeff, Geoff and Kevin got off to an early start. Originally they were going to climb the Ellington Arete (5.7) on Crestone Needle. But they chose to do the Class 3 hike (scramble) to the summit of Crestone Needle instead. Kevin II bagged Humboldt solo. And I hiked solo, attempting Mt. Humboldt. Such a fine day for peakbagging!

So I woke up this morning to some chewed-up trekking poles.
Kevin II let me have some first aid tape to fix 'em up.
Kevin's climbing rope and backpack shoulder straps also got chewed up! 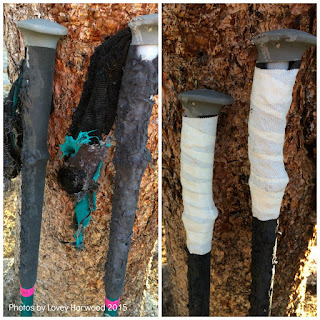 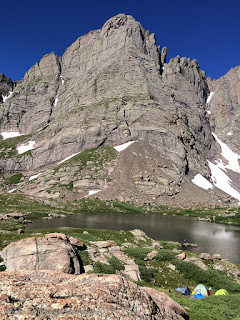 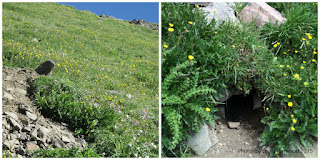 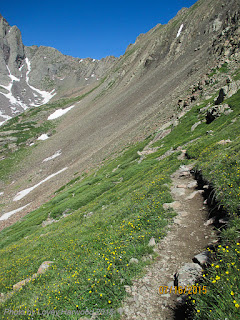 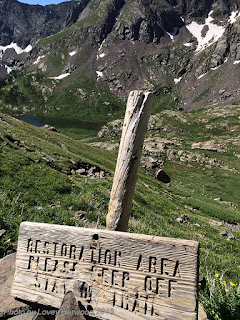 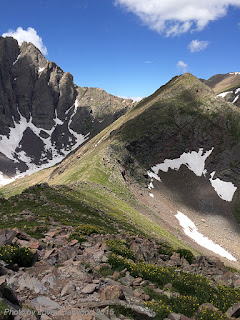 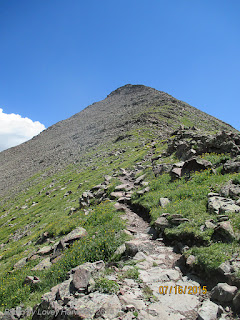 Mt. Humboldt summit from 13,000 feet.
I got up to 13,000 feet and didn't like
the looks of the clouds that were coming in
from the distance. So I turned back and
headed back down to our campsite. 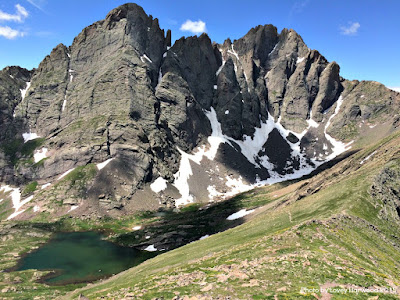 I took this photo on my way down. There is a herd of mountain goats in the lower left-hand corner of this photo. Didn't think I'd have any problems with this herd of mountain goats. But I was wrong. As I got closer to the the floor, two male Rams started coming after me. I was the only one on the trail and had absolutely no idea what to do! I figured maybe if I made myself look "big" I might scare them off. So I got up onto a rock covered with goat shit and started banging my trekking poles together all the while screaming my head off. They stopped but not because of that. Because there was a couple and their large chocolate lab coming down the trail behind me. Later I passed the herd again but they totally ignored me because they were busy ransacking a campsite! 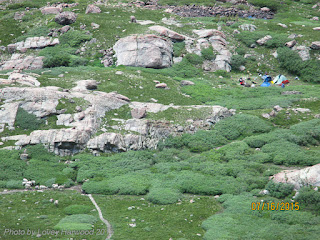 Kevin II waiting for his dad, Jeff and Geoff to return from Crestone Needle 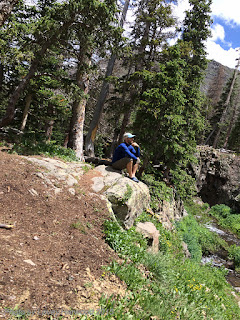 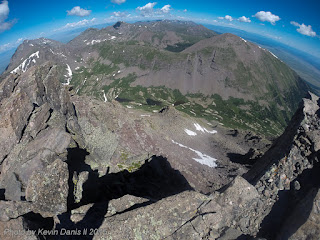 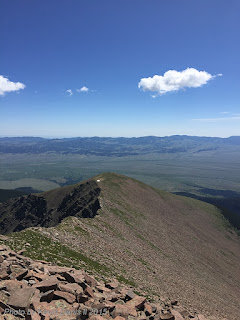 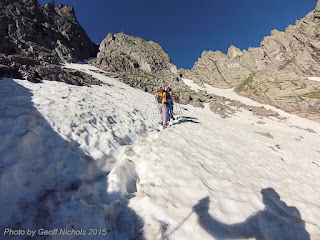 Geoff's GoPro on his trekking pole 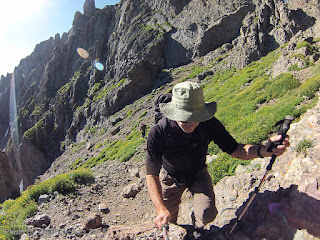 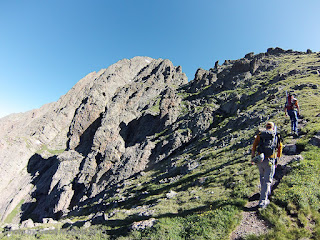 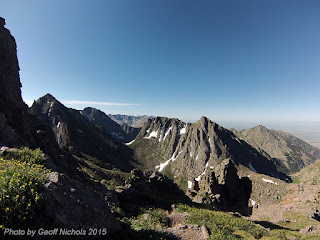 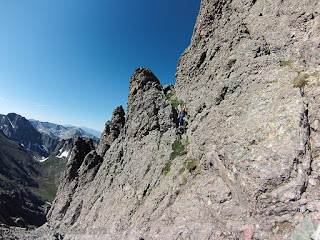 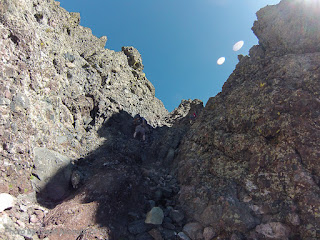 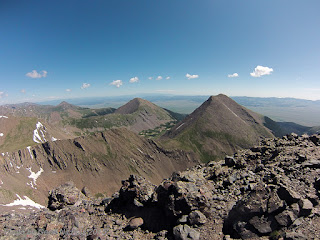 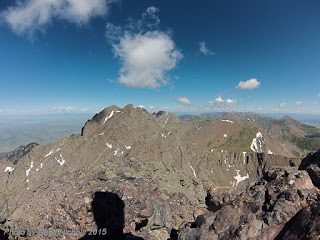 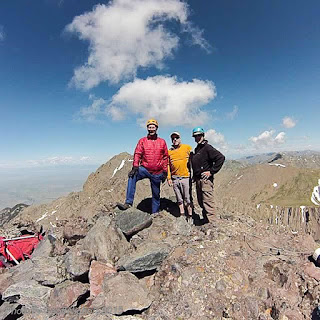